Behind-the-scenes look at the development of an astaxanthin formulation

Astaxanthin, a naturally occurring red pigment, protects marine creatures such as salmon, salmon roe, prawns, and crabs against damaging UV radiation. KOSÉ discovered that astaxanthin is highly effective in eliminating a reactive oxygen species called singlet oxygen, which affects aging. KOSÉ has also presented its findings on the effects of astaxanthin in inhibiting the formation of wrinkles.
Currently, we are applying products extracted from algae to product development.

Background to the development 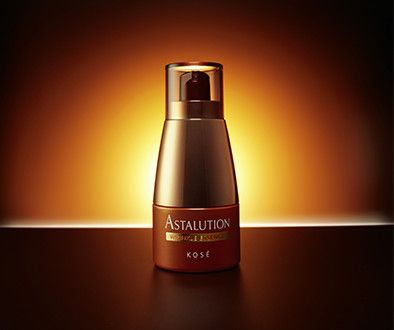 We discovered astaxanthin in 1992. In 1994, we found that astaxanthin is effective in eliminating singlet oxygen, which, among reactive oxygen species, is particularly associated with skin aging. Back then, however, the quality of astaxanthin was not high enough for it to be mixed into cosmetics. Through many trials conducted in cooperation with a material manufacturer, we successfully developed high-quality astaxanthin with a high degree of purity.
Due to its delicate nature, astaxanthin when combined with cosmetics becomes ineffective or changes color. Despite the difficulties in application, I had a hunch, based on my many years of experience as a researcher, that this would make a good product. Through various studies, and much trial and error, I successfully developed the product capable of stably keeping astaxanthin in such an amount that astaxanthin exhibits a desirable effect. However, one issue still remained. Some objected that its natural color, orange, was too different from the coloring of conventional serum products. Despite this objection, I decided to launch Astalution, believing, as the developer, that it was this color that produced the desired effects. As it turns out, Astalution has become one of the most prominent products in KOSÉ’s history. Since then, astaxanthin has been applied to a number of products as a highly functional aging care star ingredient, and is now also incorporated into anti-wrinkle formulations such as “ONE BY KOSE The Linkless”. 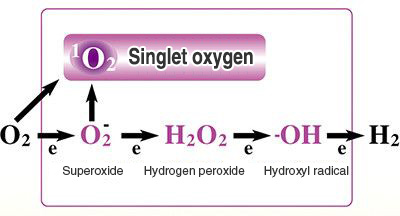 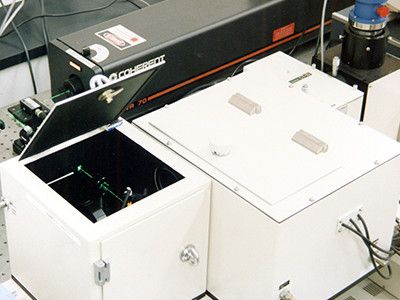 KOSÉ has confirmed that astaxanthin is highly effective in eliminating singlet oxygen using its originally developed singlet oxygen detection device. Singlet oxygen is known to be produced when living organisms are exposed to ultraviolet rays and is considered one of the causes of the phenomenon known as photoaging.

While being effective in eliminating singlet oxygen, astaxanthin has disadvantages in that it is unstable and easily decomposed by light and heat. KOSÉ has developed a formulation combining astaxanthin with other ingredients that stabilizes astaxanthin. This formulation has already been applied to KOSÉ’s products. 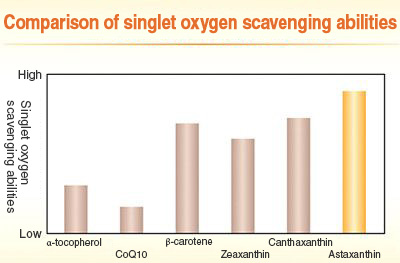 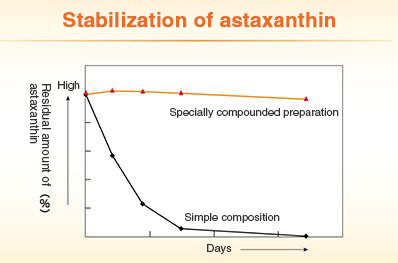