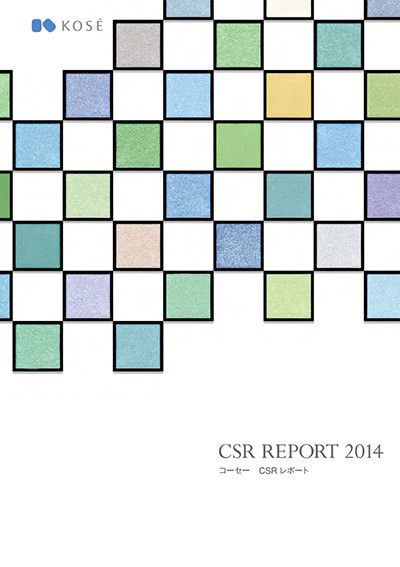 The KOSÉ Group started to publish its Environmental Report in 2000. Renamed the Sustainability Report in 2005 and then renamed the CSR Report in 2013, its purpose was to serve a major tool of corporation communication and provide stakeholders with information on the Group’s efforts. Since 2011, the reports have been available both on the website and as a brochure. The online edition contains detailed information, including data on actual performance, while the brochure contains information in digest form, mainly about issues of particular interest to stakeholders. In collecting data and editing this report, we referred to the Environmental Reporting Guidelines 2007 and the Environmental Accounting Guidelines 2005, both issued by the Japanese Ministry of the Environment, as well as the Global Reporting Initiative (GRI) Sustainability Reporting Guidelines Ver. 3.1.

The data on actual performance cover the fiscal year 2013 (April 1, 2013 to March 31, 2014) with some sections including past data. The details of activities mainly include those in fiscal 2013 but information on activities that were ongoing before fiscal 2013 and those starting after April 2014 are also partially included.